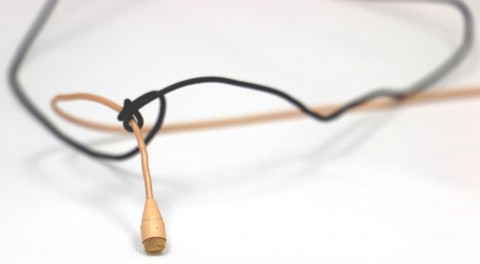 Wireless mic placement could be considered an artform, and responsibility generally falls to the show’s A2, with direction from the A1 and sound designer. “Wireless Mic Techniques for Theatrical Production” aims to document the most commonly used techniques in an effort to help all theaters and artists produce the highest quality sound and shows possible. To purchase any of the equipment featured in this series, visit our webstore, and reach out to Masque Sound’s experts with questions and comments! 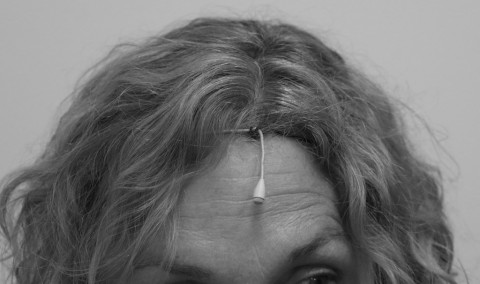 The halo rig is generally used in situations where temporary, less than perfect microphone placement is acceptable, like rehearsals, workshops, and short runs. This is a one-size-fits all approach, is quick and simple to prep, and is relatively easy to conceal on an actor.

The halo rig consists of a short (approximately 8″) length of elastic tied to an omnidirectional miniature microphone.  This length is tied on one end just behind the mic element, with the other end of the elastic tied approximately 8″ down the mic wire. Positioned around the actor’s head, the elastic and the mic wire run along either side of the head, forming a “halo” and placing the microphone element in optimal position.  This is the final product of the halo rig in the optimal position (for this actor).

One of the hazards of using the standard halo rig is that if the mic wire used is not stiff, the mic will not remain in place. When the actor inevitably rolls the elastic up or down, the microphone position changes often causing the “unicorn” position pictured below. In this less than ideal position, the mic will point out from the head, causing a different level and frequency response to the actor’s voice causing an inconsistent sound.

One way to avoid the microphone from shifting is to wrap floral wire around the last 1 ½ inches of mic wire, directly behind the capsule. Color  the floral wire section of the rig to match the skin tone of the actor with any number of arts and crafts techniques such as paint, tape, Hellerman sleeves or surgical tubing. Floral wire adds stiffness to the microphone wire and helps to prevent shifting. If the microphone wire is too thin, the wire used may need to be less than Masque’s available 24-guage in order to make concealment easier. 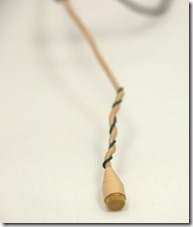 Another way to keep the mic element in place is to add another knot to the rig.  This additional knot is placed about one inch behind the front-most one, and the mic wire is bunched up to create small upside down U shape which makes the mic harder to move from the optimal position.  This rig may be more difficult to conceal, depending on the actor, but may be more reliable since it is more difficult for the mic to point in a different direction. 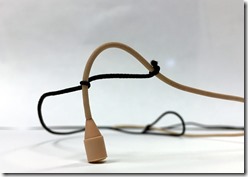 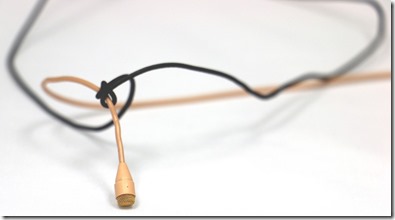 Again, the halo rig is generally well suited for temporary mic placement. Easy to prep and simple to conceal, the halo rig is often used in workshops, rehearsals, and short run situations. Next week we’ll be discussing an alternative to the halo rig, the toupee clip rig. So be sure to tune in, and as always, we welcome your comments, questions, and blog coverage requests – just submit to our team! 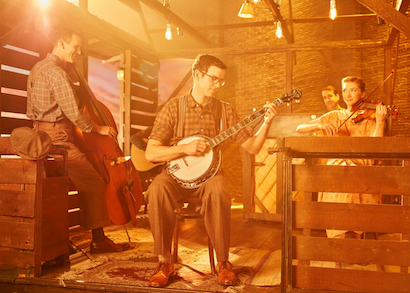 When Bright Star, Steve Martin and Edie Brickell’s highly anticipated musical made its Broadway debut at the Cort Theatre, it was the culmination of a long, successful journey for Sound Designer Nevin Steinberg and Masque Sound, a leading theatrical sound reinforcement, installation and design company. Read More… 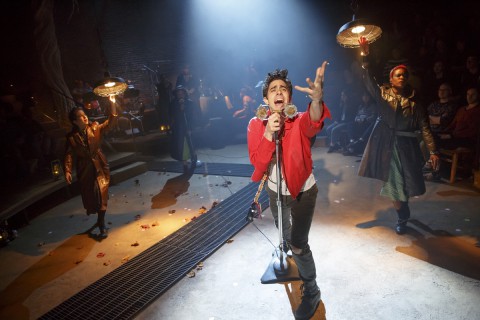 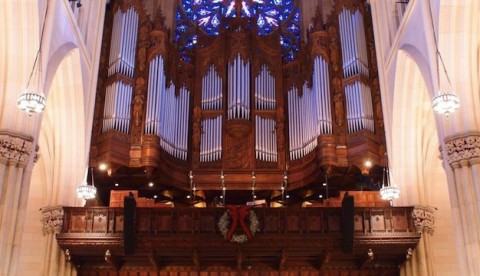 As the beloved New York City landmark undertakes a major restoration, Masque Sound was enlisted to support and assist in the AV systems procurement and installation. Partnering with B&G Electrical, Masque Sound’s Installations department assisted with audio systems and LCD displays, and recommended and installed AV equipment that supports the overall upgrades to the Cathedral. Read More… 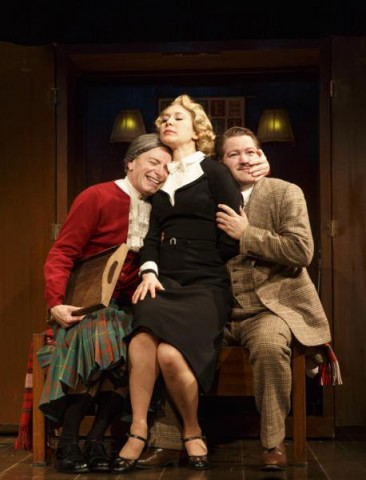 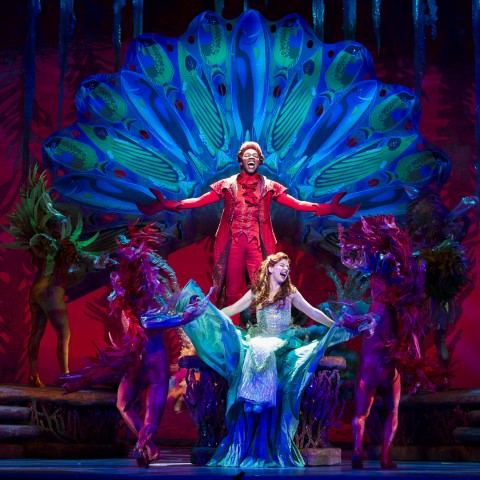 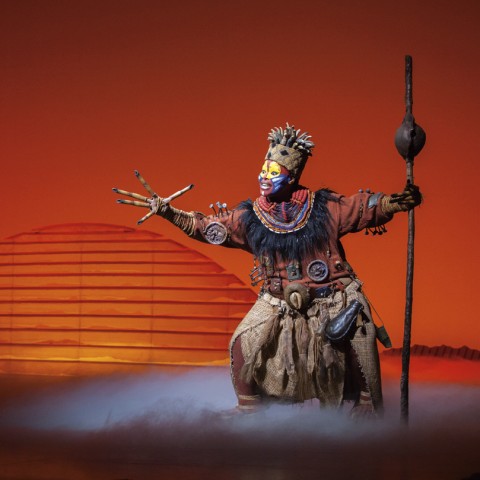 When Disney Theatrical Productions in partnership with OCESA celebrated the world premiere of the second Spanish-language production of The Lion King at the Telcel Theatre in Mexico City, Mexico, Masque Sound was on location to support veteran Sound Designer Steve Canyon Kennedy and Associate Sound Designers John Shivers and Hugh Sweeney. The leading theatrical sound reinforcement, installation and design company collaborated with the sound design team to assemble a custom audio equipment package for the lively stage adaptation of the Academy Award®-winning 1994 Disney film. 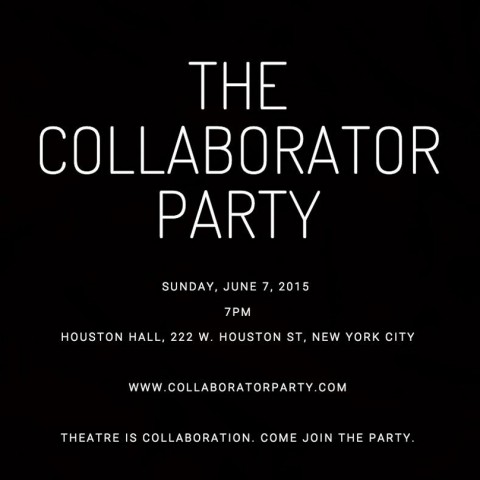 Masque Sound, a leading theatrical sound reinforcement, installation and design company, is proud to sponsor The Collaborator Party, a special event created to celebrate the artistry of sound designers and their creative achievements on Broadway this past year. 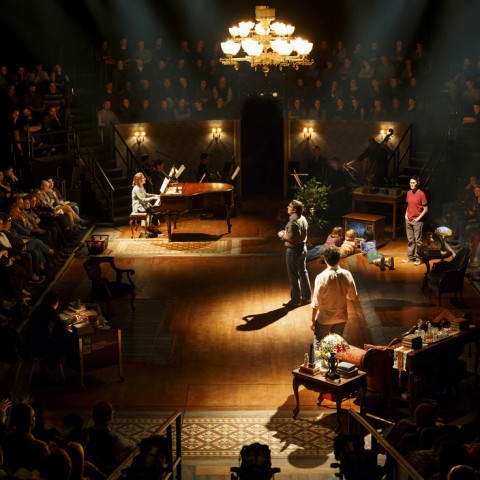