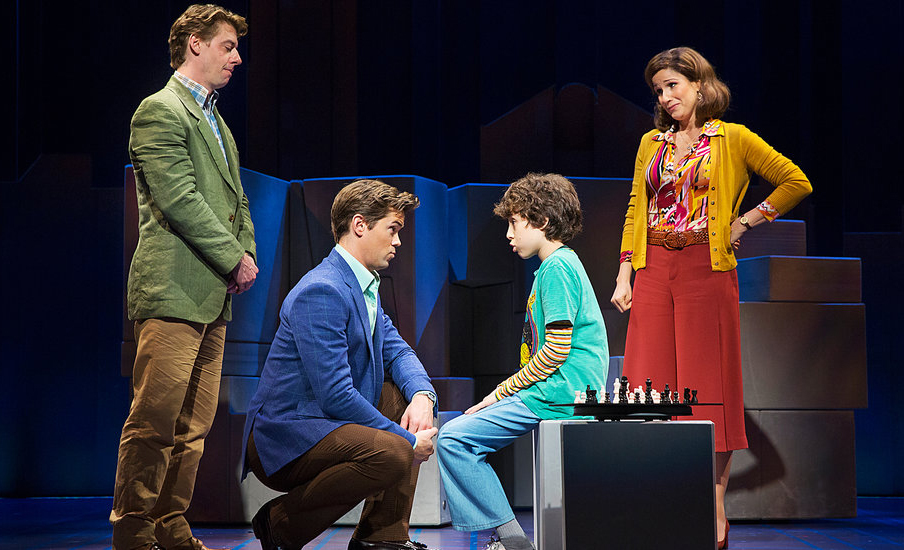 “Unlike a Broadway production, a touring production is particularly susceptible to changes in frequencies from city to city – so flexibility was key,” explains Associate Sound Designer Joshua Reid. “The ability of the receivers and transmitters to switch in various bands relatively easily, especially under show conditions, is a huge advantage.”

The show tours with four Axient receivers, which can handle up to 16 ADX1M, micro-body pack transmitters. Each of the main characters – of which there are seven – are double-mic’d with DPA d:screet 4061 mini omnidirectional microphones allowing. The remaining two transmitters and mics are used for back-up.

The ADX1M offers wide tuning up to 184 MHz, a removeable antenna, up to 10 hours of runtime, and fully concealed buttons and switch for truly discreet placement on the performers. It is also Diversity ShowLink enabled for remote transmitter control and automatic interference avoidance.

“Equipping each performer with a backup ensures that the show appears flawless,” adds Reid. “It’s comforting to the performers to know that we can easily switch to mic #2 remotely if needed without interfering with the production.”

Ashley Diaz, the tour’s A2, is located backstage during the performances. She works closely with A1 Jack O’Brien and is responsible for maintaining the RF for the show. A Shure AXT600 Spectrum Manager and AD610 Diversity ShowLink Access Point are rack-mounted with the four Axient receivers to help her deliver a smooth production. The ATX600 delivers UHF spectrum scanning and analysis along with compatible frequency coordination while the AD610 enable real-time wireless remote control of the transmitters as well as the ability to adjust gain, change frequencies, mute signals and more from her remote location. (Insert Name Here) spends the show listening, scanning and troubleshooting potential issues prior to the actors going on stage.

“We worked with Scott Kalata at Masque for the Broadway production and it was logical to continue the relationship for the touring production – they are extremely knowledgeable and offer state-of-the-art technology,” concludes Reid. “When they suggested the Axient system it made perfect sense and has proven to simplify using wireless from venue to venue. We are extremely pleased with the end result.”

Kalata adds: From the shop’s standpoint, Axient Digital is great wireless product to take on tour. Its spectral efficiency makes it easy to deploy in even the most demanding RF environments. The radios sound noticeably better than the older technology due to 100% digital modulation and the lack of a compander. The clients love this and so do we.”